The very first 12″ LP record album that I've bought was “Oxygène” by Jean-Michel Jarre. That probably must have been around 1977 (the album is from 1976). Although I still have a few vinyl LPs available, I don't have my record player anymore (my sister still has it). Meanwhile I have a lot of compact disc albums and have them all converted into MP3, allowing to play the music easily at different locations at home, at work and in my car.

Following is an overview of my CD/MP3 collection. Some albums were also bought as MP3 download and the collection also covers music bought by my girlfriend. Very few albums are (partially bad) recordings of vinyl LPs I still have.

Here's an effort from my youth (picture taken in 1986) to paint the cover art from Jean-Michel Jarre's Oxygène album on the door of my bedroom (the original is by French artist Michel Granger): 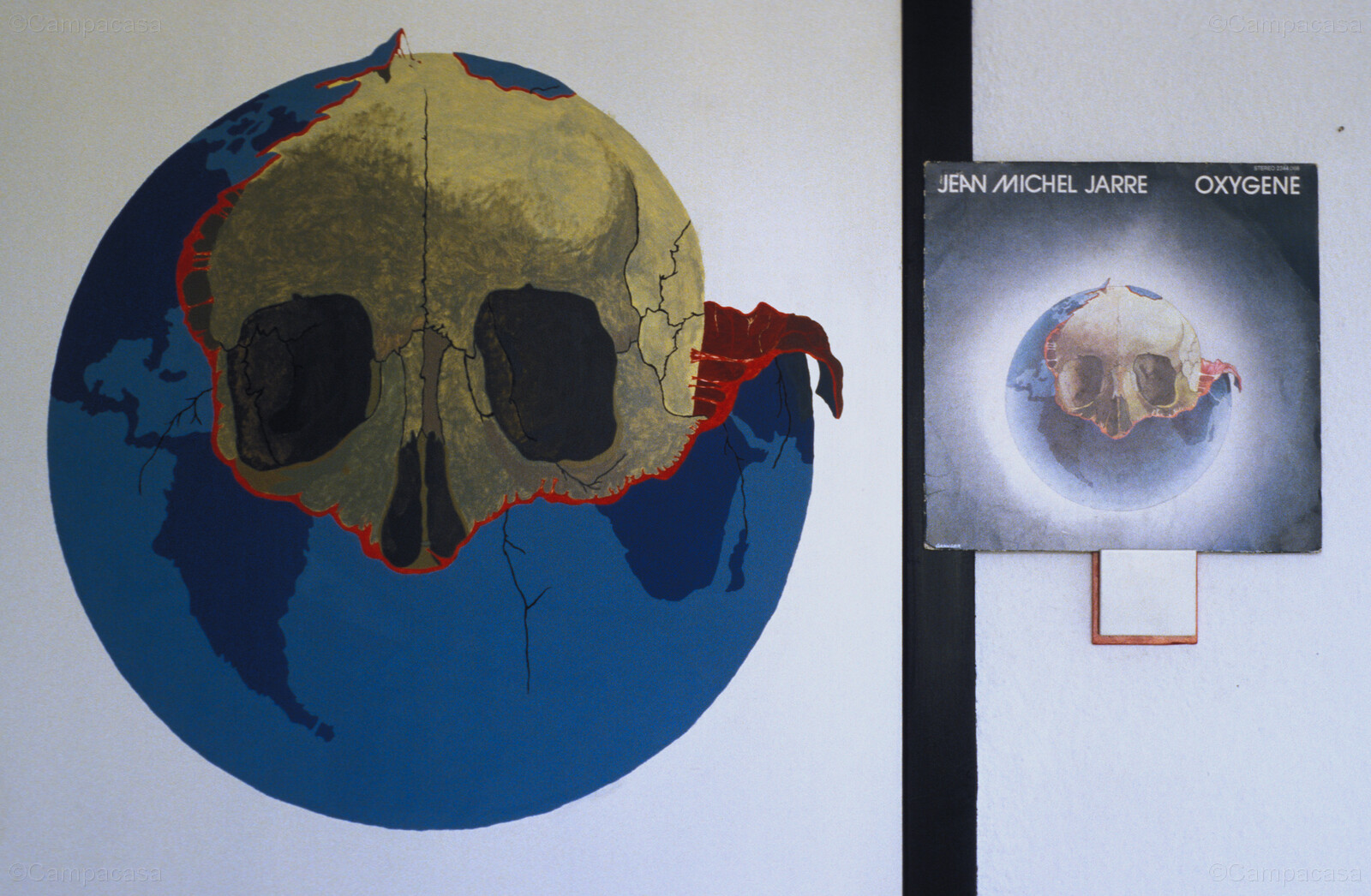