From May 2002 until September 2005 I owned a beautiful Peugeot 406 Coupé. This car, designed by Pininfarina, was first presented in 1996.

In 2005 I was unlucky twice. During my summer vacation in Southern-France people broke into my car, causing some damage. Then I had an accident in my home-town Munich, somebody didn't give way and crashed into my car. I have sold the total-loss car and with some delay, driving a small 206 for several months, got my 407 Coupé.

Following are some pictures of my Peugeot 406 Coupé. 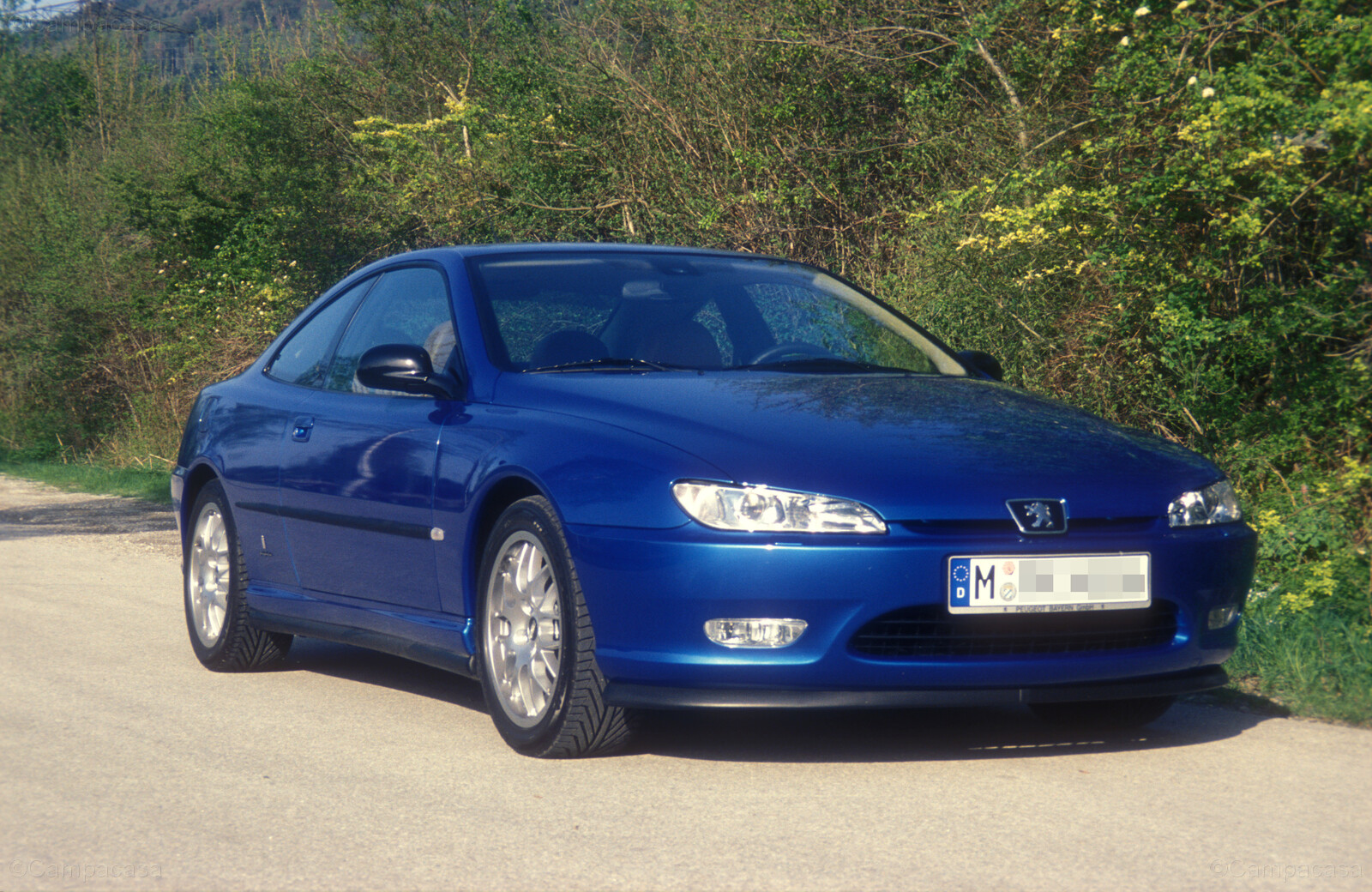 Originally I had ordered the car in (the somewhat darker) Byzantium blue. But just at that time Peugeot changed colors for the 406 Coupé and I got it in (I think, the nicer) Poseidon blue. 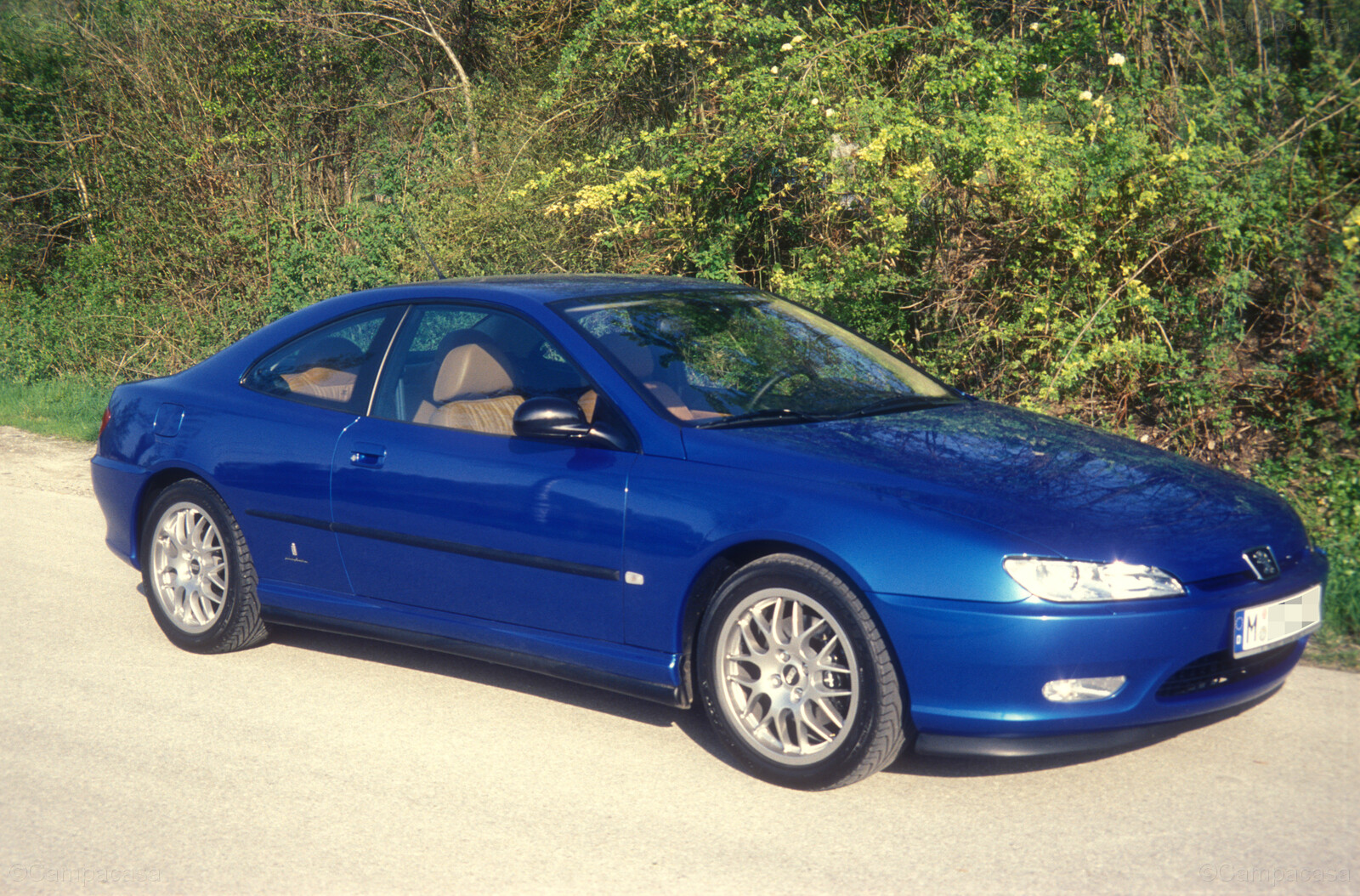 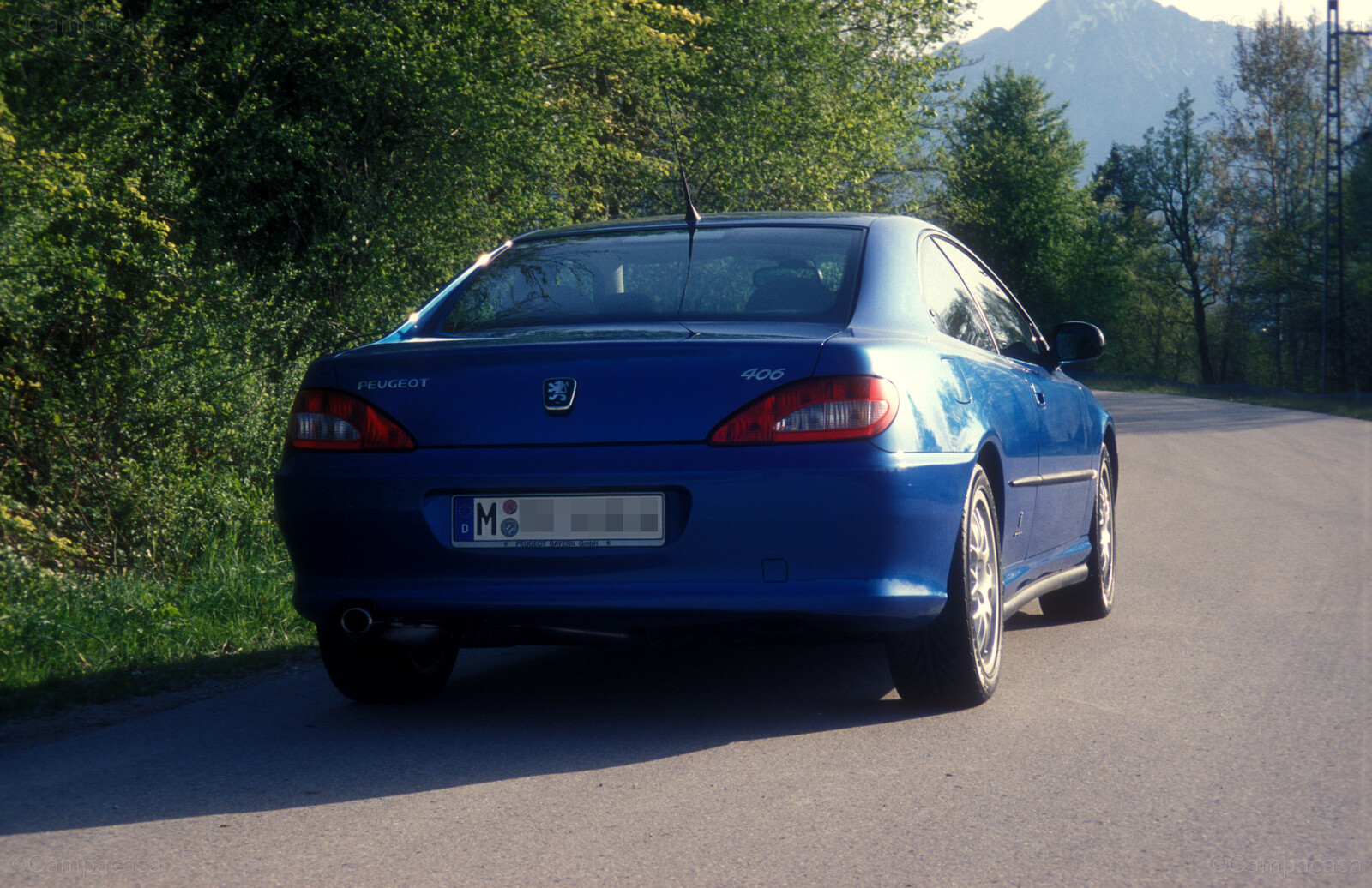 Together with the BBS alloys I got the suspesion kit to lower the car by a few centimeters. 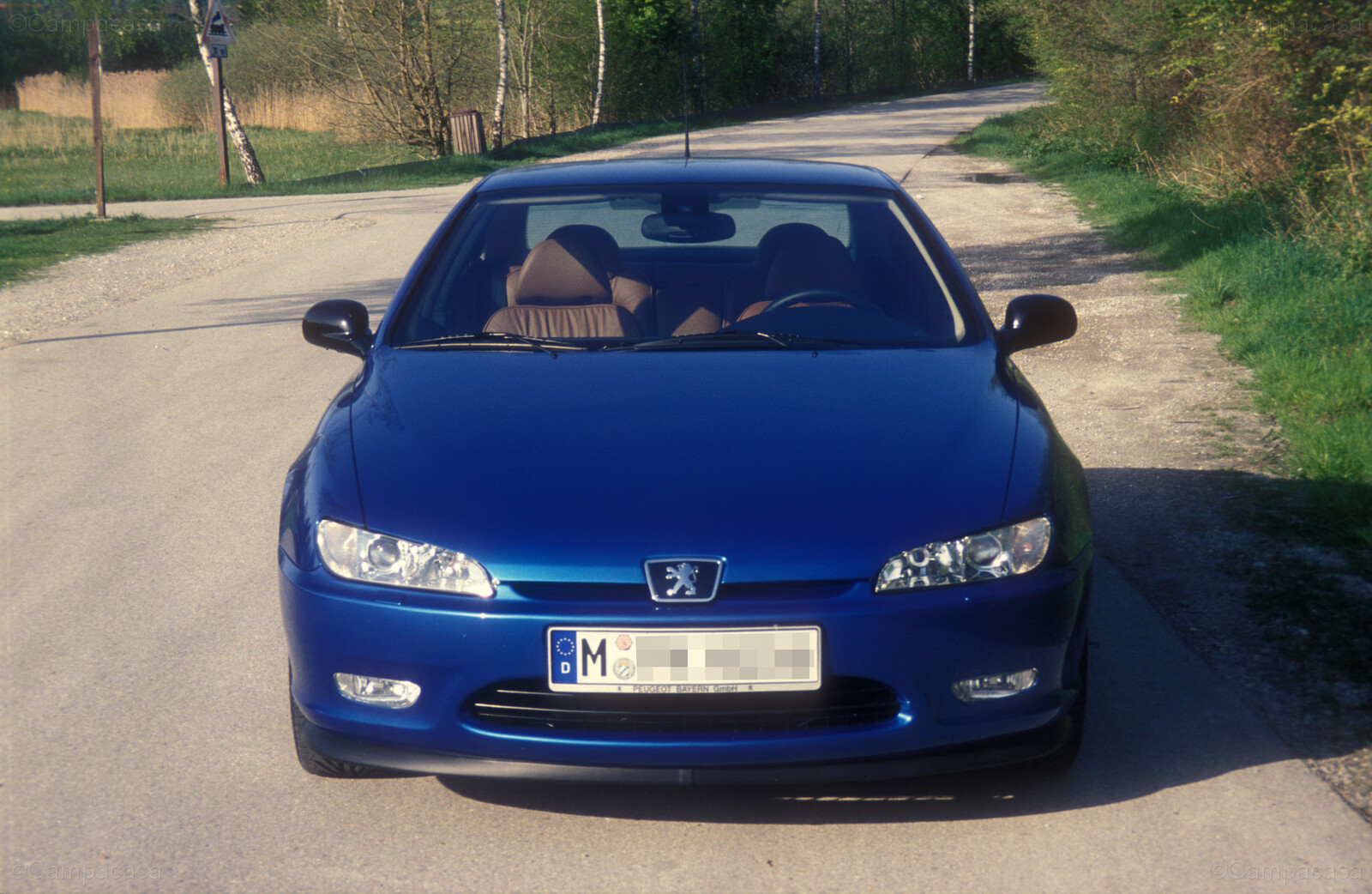 The leather seats were very comfortable. The dashboard was the same as in the 406 sedan, at that time with small monochrome display for the radio/cassette(!) system. But I did have an additional audio CD changer in the back. 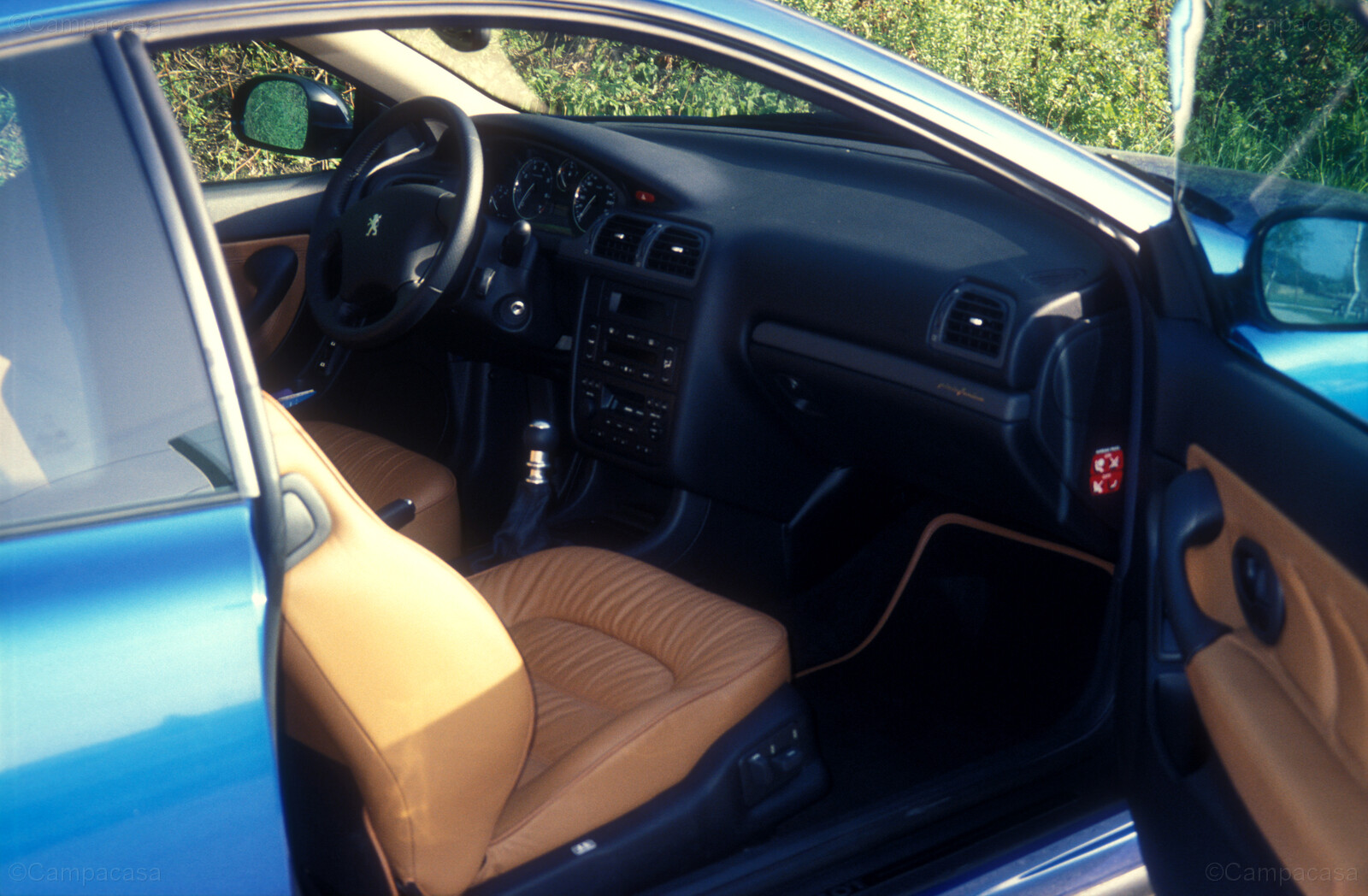 Also in the back seat one could travel comfortably. 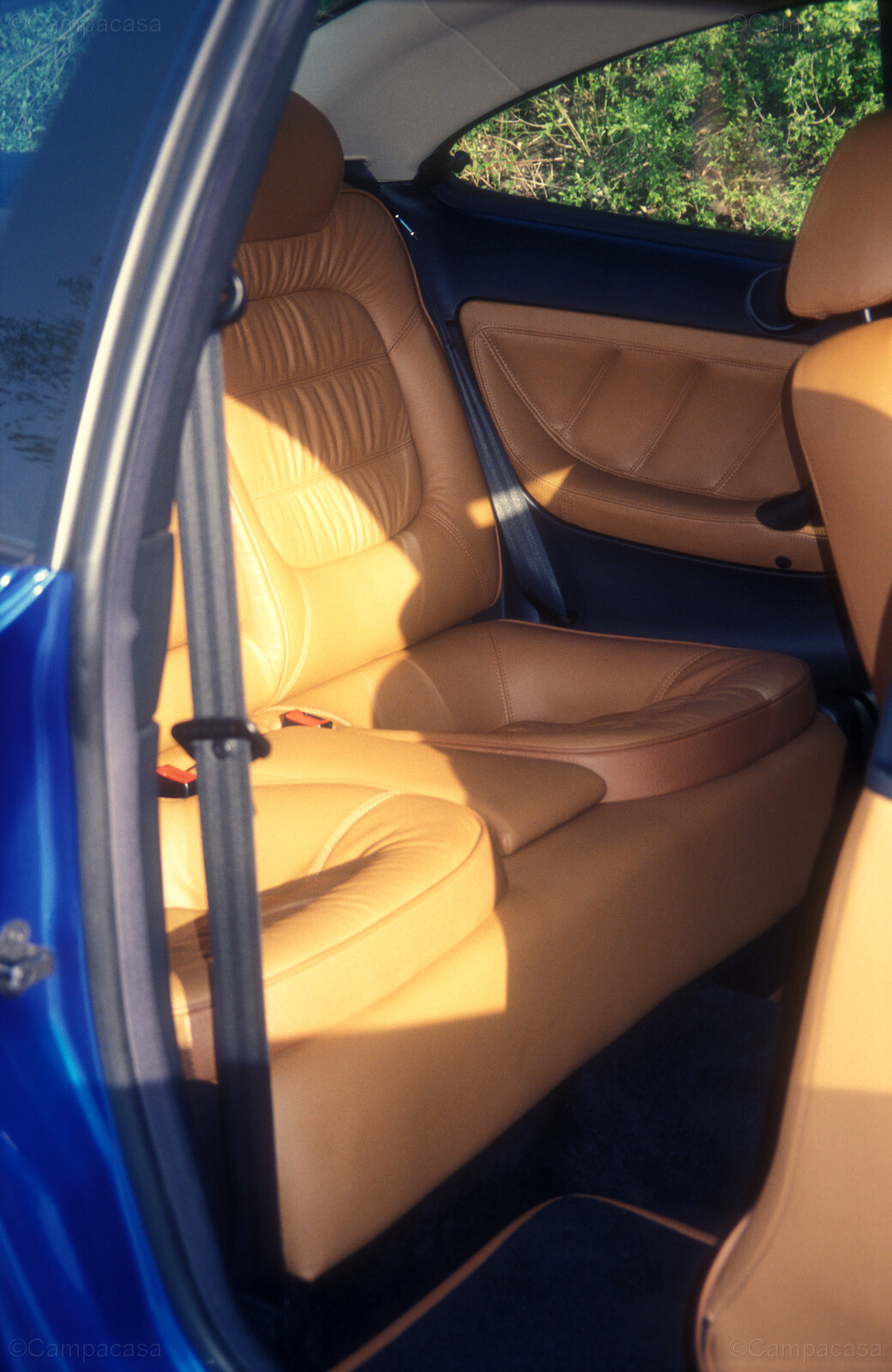 The V6 engine was a beauty: Powerful, soft and silently snoring. It always was nice to drive through our (underground) parking garage with the windows opened and listen to the great sound. It's a pity that Peugeot doesn't make V6 engines anymore. 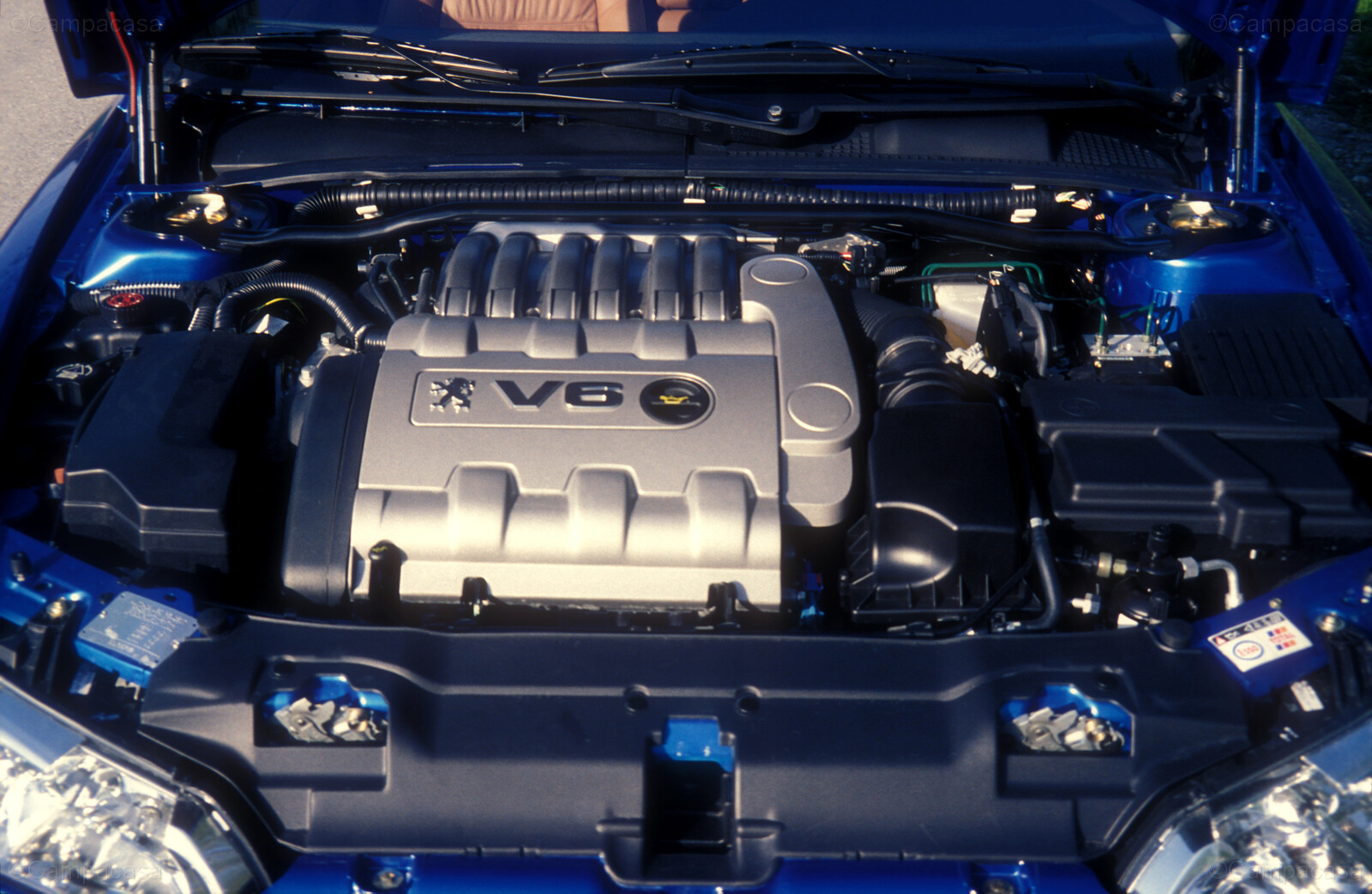