For some backgrounds on my interest in music synthesizers, see the article about Synthesizers.

Early 2014 I came across information about a scaled ARP 2600 remake as DIY kit from The Human Comparator in Sweden, called TTSH – Two Thousand Six Hundred. Hey, that looked nice, why not give it a try! Unfortunately it was (and still seems to be) quite difficult to get the printed circuit board and front panel that the kit exists of. [Update 1/2016: As of early 2016 the TTSH kit is sold out and seems not to be produced anymore.]

Early February 2015 I was lucky and was able to order the TTSH kit. Meanwhile this is version 2, with several improvements and fixes over the initial version from 2013/2014.

The ARP 2600 was a famous semi-modular synthesizer in the 1970's. The Vintage Synth Explorer site shows some details on it. Just search the internet to find more information and e.g. demo videos. Likewise you should be able to find more on the TTSH. Some forums deal with it, like the ones at Mod Wiggler and Sequencer (in German). Also DSL-man (in Germany) does a good job on the TTSH. Here is mine: 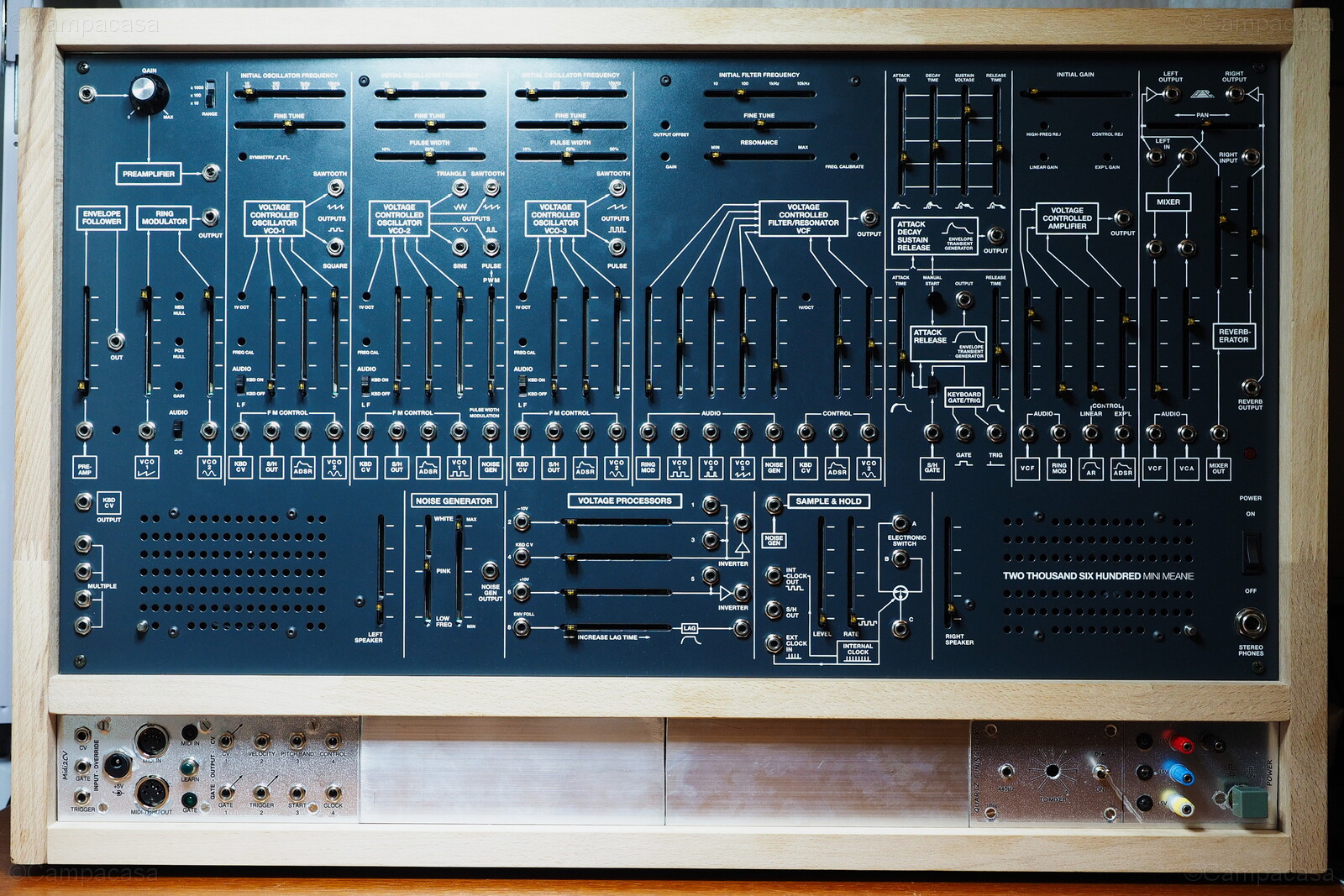